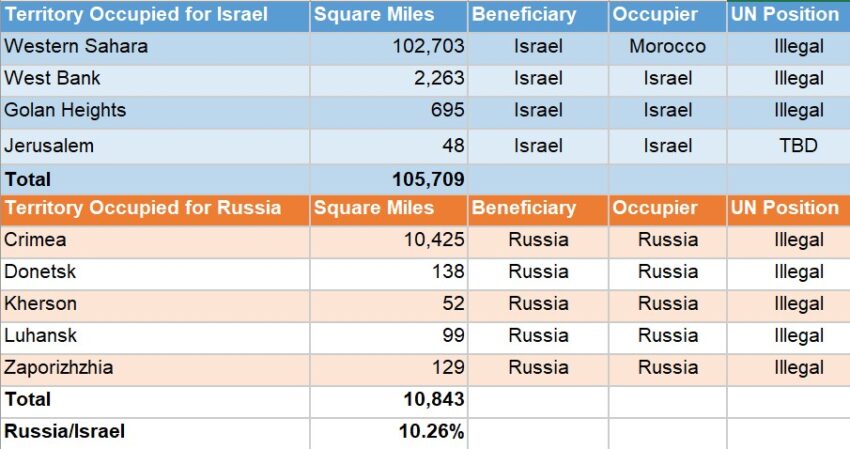 US Middle East policy continued its downward spiral in 2022. The president and Congress aided and abetted illegal Israeli objectives over better policies preferred by overwhelming majorities of American voters. In poll after poll, Americans have signaled they would like to cut U.S. foreign aid to Israel. Sanction Israel over apartheid practices. Hold it responsible for being the Middle East’s leading state sponsor of nuclear proliferation and not recognize Israeli territorial annexation. Americans also oppose Israel’s U.S. surrogates attempting to curb their 1st Amendment rights to boycott Israel in response to its perpetual human rights violations.

None of these popular and noble objectives were translated into U.S. policy in 2022. Americans are instead likely to be further undermined in 2023. Below are IRmep’s takes on 2022 and 2023 predictions.

Prediction: The Department of Justice will continue to refuse to properly regulate AIPAC under FARA leading to further abuses of the American system on behalf of AIPAC’s Israeli foreign principals.

Unconditional US foreign aid to Israel

US aid to Israel is illegal, unjustified and increasingly indefensible. That is why following passage of the $1.7 trillion omnibus spending bill this month, Israel surrogates in the US falsely claimed that at $100 billion Ukraine received more cumulative foreign aid than Israel. That is wrong. The Congressional Research Service pegs inflation adjusted aid to Israel between 1946-2018 at $236 billion. Even that aid figure does not include billions of “black” budget intelligence and covert aid.

It is a common tactic for lobby surrogates to attempt to minimize the enormous, illegal, unjustified and unconditional aid package. In past years, Israel surrogates even claimed the U.S. costs of maintaining its “ally” Israel were far less than costs of troops in Germany, Japan and South Korea. This claim is also false because there is no treaty alliance between the U.S. and Israel and therefore Israel is not technically an ally. The aid has also been illegal since the 1970s.

Prediction: The president and Congress will continue to deliver illegal aid to Israel in violation of the Arms Export Control Act. Israel will continue to be the largest direct, indirect and black budget aid beneficiary.

AIPAC expenditures on “citizen lobbying” in conjunction with an annual policy conference in Washington used to be its biggest expenditure. It spent less directly lobbying Congress, the executive, and federal agencies through a dozen full time employees. While it tried to influence PAC and individual campaign contributions, it did not operate its own PAC.

No more. AIPAC faced increasing public protests at its conferences, counter conferences, unfavorable TV and radio and public denunciations when it emerged from the shadows and operatives flooded into the Washington Convention Center and Capitol Hill.

In 2021-2022 AIPAC launched a new PAC and super PAC to promote Israel’s preferred candidates over those who might instead demand abidance to American popular demands, international law, peace, justice and fairness. For the most part in 2022, Israel’s foreign agent managed to install pliable politicians and keep more principled representatives out of power.

From Israel and AIPAC’s perspective, it was worth spending up to $9 million on each House election race, and $48 million on a Senate race to install malleable politicians willing to unconditionally support Israeli, rather than popular American, interests. In most cases, AIPAC spent much less to dislodge even the mildest critics.

Prediction: AIPAC will continue to raise and expend tens of millions in political races. AIPAC will not hold any further public “citizen lobbying” events in Washington over fear of mass protests and backlash. This will lower political exposure of U.S. politicians attending the conference and passing AIPAC drafted laws.

One major recent Israel lobby territorial demand is that the U.S. recognize 102,703 square miles of Western Sahara as Moroccan territory. In turn, Morocco is to engage in trade and diplomatic interchanges with Israel.

This is one phase of the worst recent debasements of US policy called the “Abraham Accords.” This Israel lobby initiative launched during the Trump administration seeking to transcend demands to stop Israeli violence, ethnic cleansing, oppression, apartheid and territorial displacement of the native Palestinian population. The Biden administration has done nothing to reverse the Abraham Accords and restore American credibility.

At the close of 2022 the U.S. continues to support Trump administration legal theories that Israel has sovereignty over Syria’s Golan Heights, captured by Israel in a war it launched in 1967. The Biden administration also supports the idea that Jerusalem is the “undivided capital of Israel” while the UN holds that its status is subject to negotiations. Although there is mild Biden administration lip service opposition to Israel’s December declaration of its entitlement to “Judea and Samaria” (the West Bank) there has been no visible substantive action against ongoing Israeli illegal settlements.

Some Arab leaders have begun to accept the Abraham Accords, even as most Arab populations remain universally opposed to normalization with Israel until there is justice for Palestinians.

At the close of 2022, the United States continues to push for the illegal annexation and recognition of 105,709 square miles of territory on Israel’s behalf. This is over ten times the amount of Ukrainian territory that Russia illegally annexed through 2022.

Americans rise up against their own “Palestinianization”

Given the factors listed above, Americans wanting less corruption in foreign policy have had few avenues for effective resistance in Washington. However, as Israel through its lobby demands ever more entwinement and tribute from America, it has unwittingly expanded into hostile territories it has not managed to co-opt and is losing big.

AIPAC interlards spending bills in Congress with demands that Israeli companies be allowed preferential access to capital and participation in “joint” ventures in water, energy, health and military initiatives, harvesting billions of additional revenues for Israel and lobby insiders.

In Virginia, AIPAC and its state cutout, the Virginia Israel Advisory Board (VIAB) worked hard since 2013 to steer $25 million in US government funding and over $100 million in UAE government funds into an Israeli aquaculture company best known in the industry for killing fish. Highly qualified Virginia acuaculture companies were bypassed. The people rose up and the Israeli company was shown the door for an experienced Norwegian company. This operator change cut Israel and its surrogate AIPAC out of an estimated $2.9 billion in revenues.

The Israeli company Energix is accustomed to building on Israeli occupied West Bank and Golan Heights territories, landing it on the UNHCR list of human rights violators. Energix is importing its worst practices into Virginia, trying to corrupt and co-opt county boards of supervisors, using AIPAC-like behind the scenes tactics to disenfranchise neighboring landowners as it installs cheap, toxic, cadmium-heavy solar panels 95% of the market rejects, on prime agricultural land.

Communities, alerted to Energix’s practices, have now risen up. They have forced boards of supervisors to withhold zoning permits to Energix, sued, and are now pressing state agencies to withhold future licenses over widespread deceptive Energix practices. This has canceled or put on hold $4.3 billion worth of Energix revenues.

Prediction: As Americans face ever more direct Israeli attempts to “Palestinianize” their communities and future, they will increasingly band together and fight back.

While Israel and its lobby isn’t the only driver of disastrous U.S. Middle East policy, it plays the critical role. The Israel lobby mostly escapes scrutiny from even staunch critics. Many prefer to advance canards that Israel is merely a U.S. “client state”, America’s “unsinkable aircraft carrier” and that Israel’s lobby is both legitimate and not a major factor in policymaking.

None of this is true. For this reason, IRmep will continue its research and education programs into its third decade of operations.